David S. DeWeese, Esq., first began practicing law in New Jersey in 1983. With nearly 30 years of experience, he has successfully represented clients in matters ranging from traffic violations to serious criminal offenses, from business formation to complex insurance litigation. In every case, he provides efficient and effective representation, and he is readily accessible to clients throughout his representation in their matter.

As the fund solicitor for three municipal joint insurance funds, David S. DeWeese supervises the defense of litigation for 104 South Jersey municipalities. His particular strength lies in his ability to identify the pertinent issues in the early stages of litigation, and pursue an expeditious conclusion to the litigation.

David takes a results-oriented approach to resolving the legal issues of his clients. He recognizes that success is not always about winning or losing the litigation—it’s about finding the best resolution to a legal problem. David S. DeWeese has an outstanding and proven track record, and the results and his clients’ accolades speak for themselves.

David has volunteered to help mold the youth of the community through sports since 1983. He’s been a team manager and president of the Greater Wildwood Little League, and is head coach of Wildwood Catholic High School Boys Basketball.

The benefits of coaching sports carry over into David’s work. “The concepts of competitiveness, focus and teamwork,” he says,”are all beneficial in the practice of law.” 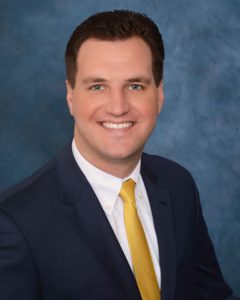 While attending Law School, Scott served as Judicial Intern at in the Superior Court of New Jersey, Atlantic County, Criminal Division. Upon graduation from the Widener University School of Law, Scott held the position of Judicial Clerk, serving as law clerk to the Honorable Mark H. Sandson, J.S.C., in the Atlantic County Criminal Division. Scott’s time serving as both a Judicial Intern and Judicial Clerk allowed him to gain valuable knowledge and experience in the practice of Criminal Law.

PROSECUTOR AND SOLICITOR
Early in his career, David served the City of North Wildwood as a prosecutor, assistant solicitor and solicitor.
MUNICIPAL COURT JUDGE
David was the youngest person ever appointed judge in the state of New Jersey. His fairness as a municipal court judge earned him the respect of other judges and the attorneys who appeared before him.
JOINT INSURANCE FUND SOLICITOR
David is the fund solicitor and subrogation attorney for three municipal joint insurance funds. Municipalities join these self-insurance funds to provide coverage for all types of claims (Workers' Compensation, General Liability, Property Damage, Employment Practices Liability, etc). Each time someone files a lawsuit against a member city or town, David manages that litigation. He has saved local taxpayers millions of dollars through aggressive supervision of the cases.